Fnatic drops Ohaiyo, Universe to join team as an offlaner 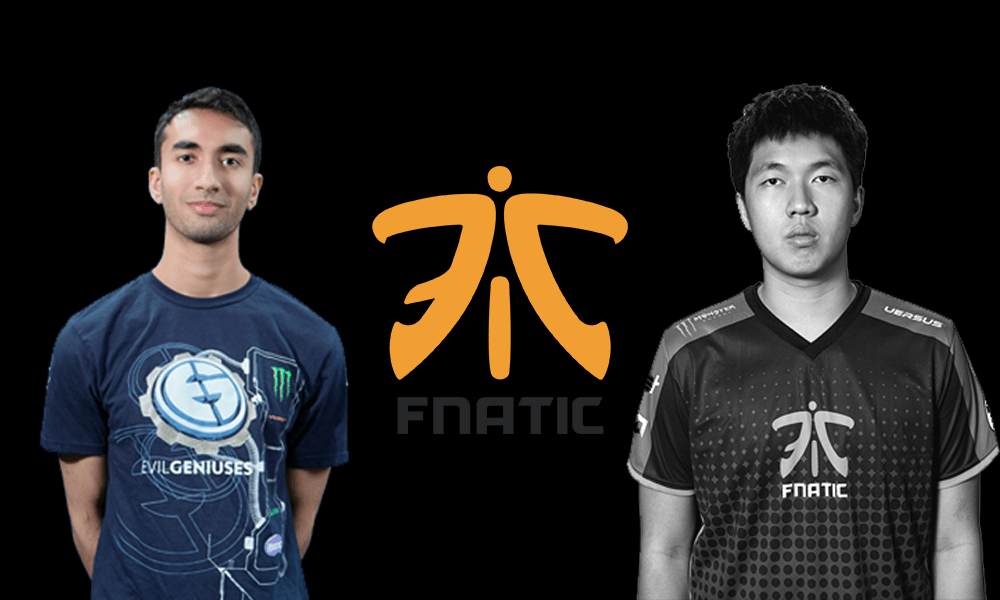 12 January 2017, Fnatic announce that former Evil Geniuses Saahil "Universe" Arora will replace Khoo "Ohaiyo" Chong Xin in team roster. It happened on pizza party when Fnatic were chilling after qualifying for ESL One Katowice Major. Ohaiyo was part of Fnatic almost three years joining them in 2015 with their comeback in DotA 2 and participated in The International 2015 (13-16 place) and The International 2016 (4 place) and a lot of other LAN and online tournaments.

"Thank you Fnatic for always taking care of me. I'm glad to be part of their family. As for now, I will officially step down from the active roster. Good luck to my teammates going forward. I would like to thank all the friends who keep on supporting me." - Chong Xin ‘Ohaiyo’ Khoo

" We are endlessly grateful for Ohaiyo's contribution to the team and the organization as a whole. His positive attitude, professionalism and loyalty have been unquestionable. We will miss him in the team."  - Patrick "cArn" Sattermon, Chief Gaming Officer

Fnatic is ranked at 11 and already has 202.5 total points in the ProCircuit. Each player has 67.5 points each but bringing on board UNiVeRse with his 255 points will bring the team up, edging close to the top 8 positions with a total of 390 points, putting them ahead of Na'Vi who has 315 points in 9th place.