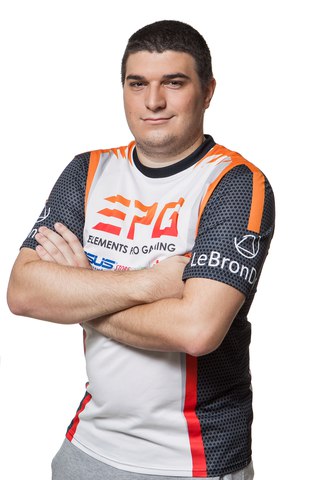 Are you ready to hear the announcement of our #5 position support?? Yes?? Sure?? OK! 😉
(Drum roll) ... @LeBronDoTa is our new teammate! WELCOME!
Know more: https://t.co/xXl2QyDdJB …#dota2 pic.twitter.com/csrZwRqjWr

Yevhen Zolotarov — Natus Vincere CEO:
“I am amazed by the persistence and motivation of LeBron. Detailed comments regarding the choice of LeBron will come during the bootcamp. Good luck to us all!”

Nikola “LeBron” Popović:
“Finally this day has come, my dreams have come true! I was playing dota for a while, but the first tournament I watched was TI1, and I felt in love with NAVI. I have never heard of them before, or about any other pro players before TI, for that matter. After watching how NAVI dominated and won the tournament with so much passion I became a huge fan and I dreamt of playing with them. Even though this dream seemed unrealistic at the time, I was still hoping that I can make it. It doesn't matter how old you are — if you are working hard and commit everything you can, I am sure you can make the dreams come true! As a big fan of NAVI I know what fans expect and that's being back on top, and I can assure you that we will try our best to make it happen! I want to thank the organization and the players for believing in me.”

LeBron has played before in teams like Double Dimension, Elements Pro Gaming, Spider Pigz and Team Doggie. He also has played as substitution for Na`Vi in GESC: Indonesia Dota2 Minor qualifiers instead of SoNNeikO, when Na`Vi have defeated Team Spirit in grand finals 3:2.

Newbee champions of ESL One Genting
mirzik
5 years ago